Have You Considered Using Music to Get Your Audience Hooked? 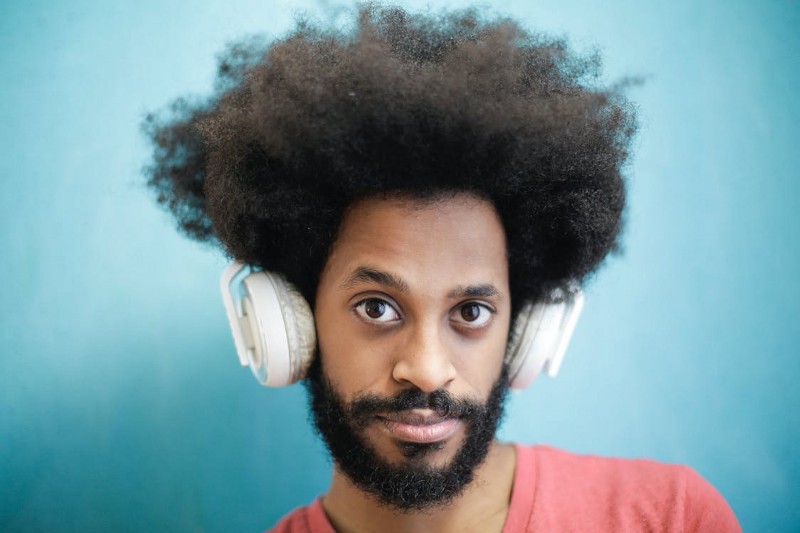 Here’s a lesson on how SEGA beat Nintendo with it.

You might think that music is just something you listen to on your way to school, work, or when you’re bored and there’s nothing else to do. You’re right.

However, haven’t you realized that the less you know about something the simpler and easier it looks like? From the outside it looks like a piece of cake (why would anyone spend so much time on “x”?), but once you start digging in…you know you were just too naive.

Is there more to music than meets the eye?

I was baffled when I realized that there’s something between those lines of notes that went beyond music itself. It’s not just sound and music, rather it’s a stimulus for the mind.

Once I realized music was more than pretty songs, this sound universe turned into:

And the ramifications where endless.

You can use music to help your clientele reduce their stress levels, make them feel less time has passed while kept on hold, or make them spend more money on your products. Many companies have taken advantage of music’s multiple possibilities and they’ve understood that what people hear is as important as what they see.

Both small and big companies have been using sound to get to their audience, either consciously or unconsciously. And that element could get a company to stand out even if it was a small business among giants.

That’s what happened to SEGA in the ’90s. While Nintendo dominated America’s market, SEGA had only sold 70 thousand units of its Genesis console. Who would have thought they would end up selling 18 million units at the end of the decade?

So what could a small company (at the time) like SEGA do to get some of Nintendo’s market share?

They knew that they had to level up their game if they wanted to succeed so they focused on 5 things, of which I’ll focus on the fourth one:

Target audience — Get teens hooked up

Since Nintendo was marketing to kids between the ages of 9 and 13, SEGA wanted to reach the older ones.

They thought that if they got teens and college students hooked up, the younger kids would soon follow. Since kids look up to their older counterparts, they would want to imitate their videogame’s taste too.

So how did they get their brand to be cool for teens?

First, they portrayed their mascot, Sonic, as a cool kid. Sonic was cocky, didn’t smile much, and had a slightly rebellious personality. And kids loved that he could run fast and leave everything behind. Sonic was untamable.

Music supported this vision and enhanced it whenever it could.

SEGA had a famous commercial song called Genesis Does that was both overconfident about SEGA’s superiority to Nintendo and was bold enough to mock Nintendo’s inability to achieve their goals.

Just look at their slogan:

The song had a deep masculine voice, arrogant of course, and was backed by techno music which was popular among their target audience. Moreover, this narrator was cheered by three young ladies, reassuring every word he said with their powerful and melodic voices.

Isn’t this a hint that ladies will admire you for playing SEGA? A clear symbol of what it meant to be “cool” and “attractive”. Remember, this was a male-focused industry at the time.

There’s strong evidence that links personality traits with musical preferences. You can either learn what people listen to and give a pretty good guess on what’s their temperament like or predict what genres they’ll listen to depending on how they behave.

It goes both ways.

So when you see people being rebellious, risk-takers, and reacting very intensely to things around them, they’ll probably listen to genres like rock, heavy metal, punk, and grunge music.

And guess what? This personality group is more prominent during adolescence. A perfect match.

Therefore, SEGA used this knowledge, directly or indirectly, to hook teenagers to their Genesis console.

They featured rock and heavy metal music on their TV commercials and teenagers paid attention to them. These were familiar sounds to their audience and they cleverly linked it to their console and made it even more appealing to teens. It’s like giving you chocolate ice cream and telling you that Nestle is the only brand that makes it. Where’s your next purchase going to be? From Nestle of course!

What the hell is that? No, it’s not Sonic’s sound effect…although it could’ve been (like when Mario says “it’s a me, Mario!”) but I guess they preferred him to be a silent hedgehog.

A sonic logo (a.k.a audio logo or sound logo) is a brief sequence of sounds that summarizes a brand’s identity. It’s the equivalent to a visual logo, but in the sound realm (duh!). Whenever you listen to it, you know it’s that brand, you feel their values reflected in those sounds and you remember who’s doing the talking.

If you ever played on a SEGA Genesis console, you would have probably heard a choir singing “SE — GA”. Two distinctive chords that lasted no more than 2 seconds but captured the essence of the brand. By placing it at the end of every commercial you would instantly recognize it no matter the circumstances.

But the most amazing thing is that this sound was related to your childhood memories. You might remember the time you were a kid and you were eager for the weekend to arrive so you could play your videogames.

Remember those Saturday or Sunday mornings when everyone was asleep but you were in the living room, hooked to the game and having a great time?

Since those sounds appeared whenever you turned on the console, you constantly associated that melody with a pleasurable feelings. And that memory stuck and resurfaced whenever you listened to those two chords.

That’s the power of music.

Oh and one last thing.

SEGA had another sound logo, although it might not be considered as such. People in their ads always shouted “SEGA!” and it could be quite annoying but still…memorable. Just like with teens, being a pain in the ass sometimes (understatement).

SEGA fans felt like they were hanging out with one of their mates. They got to do crazy things inside these videogames and felt there were no boundaries they couldn’t traspass. What’s friendship if it’s not getting in trouble with your buddies?

So, why use sound and music in your business?

SEGA paved its way into the American market relying on a clever sound strategy. The way music supported their cocky narrative boosted their appeal with the teen audience and brought them a huge success.

SEGA is an example of how different sound elements (sonic logo, tailored music genres for TV ads, voice storyteller, yelling sound effect, etc.) can get people hooked to a brand.

Hearing is as important as sight, and companies across many different industries are starting to notice its business potential.

The audio branding business is growing fast with a market worth billions. Just look at the smart speaker industry, valued at $11.9 billion last year, and heading towards more than $35.5 billion in 2025.

Voice assistants will give marketers a new way to reach their audience through sound. As customers rely on new voice technologies, branded information will have to be cleverly inserted and tailored to them. Otherwise, brands will be left out from this audio revolution.

Imagine the amount of audio content needed to meet this demand!

There’s so much a business can do with sound and music:

The possibilities are endless!

As I like to say, music is a powerful tool, we just need to learn how to use it.