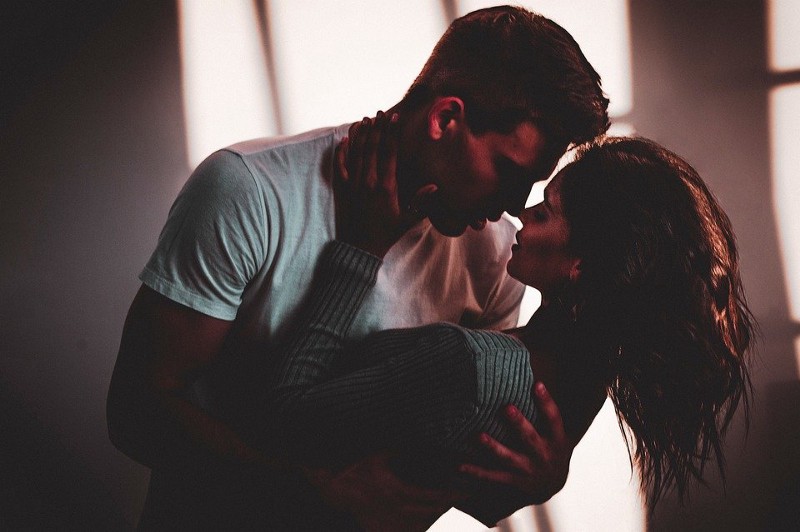 Based on people’s music preferences for their sexy time

We’ve all read about food or scents that can increase our partner’s appetite for sex, but have you heard about aphrodisiacal music?

I certainly wasn’t aware of it until recently, but once you read about it, it will make sense.

Bare along with me and let’s take a look at the effects sound can have on our sexual arousal.

What do people listen to more often while having sex?

I know. Many of you will not even think about having a playlist while having sex.

However, you’d be impressed to learn that many people have lined up tracks for their sexy time experience.

And based on all those that use music during sex, researchers at Supplement Place wanted to find people’s preferences in their time of need and desire.

They separated their findings into two categories: the most sensual songs and the world’s favorite sensual artists.

What are the most sensual songs out there?

Here are the top 5 most used songs in these playlists:

If you’re curious, you can find the top 20 songs here.

The Weeknd seems to be the most popular choice to seduce your partner.

The association might not come as a surprise if you consider that the highest-ranked song (“Earned it”) appeared in the soundtrack of Fifty Shades of Gray. It may seem that this song has been part of many sexual encounters, with over 800,000,000 plays.

People are kinky, aren’t they?

And what about the world’s favorite sensual artist?

The Weeknd is in first place with 1,447 appearances across these 413 playlists. Then you’ve got Chris Brown (631 appearances) in 2nd place and Jeremih (613 appearances) in 3rd place. The whole list can be found here.

There’s another distinctive feature of a sensual song: the tempo.

When we talk about tempo we refer to the speed of a song. In broad terms, we can say a song has a slow, moderate, or fast pace.

In their research, Supplement Place analyzed the average tempo (BPM or beats per minute) of these 60,000 songs and found that the average BPM was 119.

This is considered a moderate speed for music. As a point of reference, here are some popular songs with this speed:

Remember, that this is just an average across all the songs on these playlists. Take into account that “Earned it” by the Weeknd is slightly above this average (120BPM).

However, if we look at the top 20 songs, the average is lower, at 110 (BPM). Think of “All the Time” by Jeremih, ranked in 3rd place in this research, or Adele’s “Set Fire to the Rain” as examples of this music speed.

What’s the link between music and sex anyway?

First, let’s clarify that not everybody will feel comfortable having sex with background music. I’m taking out of this equation people that use music to mask that they’re having sex by the way.

Those are just the sneaky ones. They’re not using music per se.

This is about people that enjoy having special music while making love.

Whenever we listen to our favorite songs, our brain releases opioid substances, similar to when we eat something we love, consume drugs, or have sex. The song triggers a flow of dopamine through our brain’s reward system and makes us feel pleasure, calmness, and a decrease in pain.

In fact, a study by music producer and neuroscientist researcher Daniel Levitin looked at how people felt pleasure from listening to music they loved. He temporarily blocked this opioid release in the participant’s brain with a drug, naltrexone, while people listened to their favorite song.

That’s how one of the participants described listening to music while on this drug. The special song lost its touch apparently. It couldn’t trigger the feeling of pleasure it used to in people.

All thanks to a drug.

Imagine having your favorite things ripped from you like that.

This could serve as an inspiration for writing a tragic story, don’t you think?

How to increase your partner’s sexual arousal

There’s a certain kind of music that will help you set the mood for some sexy time.

To increase your partner’s sexual desire, here’s what you can do when it comes to music:

So there you go!

Music can be your wingman, don’t underestimate its friendship.

“There’s no religion but sex and music” (Sting)